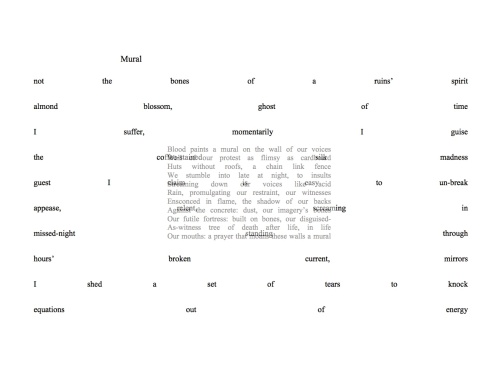 In addition to his work in the field of music, Eliot Cardinaux is an accomplished poet. With over 15 chapbooks released under his own name, as well as works by the poets Jade Wollin, Naomi Schub, Sean Ali, and Jason Belcher released under the label of The Bodily Press, Cardinaux is known as a poet and editor with a keen sense of sound, form, and image.

In this short cycle of sonnets with an emphasis on sound, color and stillness, using themes associated by turns with Psyche and Persephone, mind-soul and nature, life-force, and femininity, Cardinaux skirts the rim of dichotomy inherent in accepted modes of thinking, about the mind, life, and the senses. 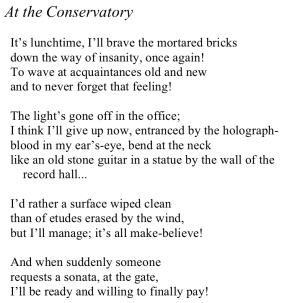 Mother of Two explores the exchange in duality between metaphor and reality, as well as each side of any different coin in given content and context. Including 14 poems of varying structure, from long, spiraling, short-lined stanzas influenced by the poet Pierre Joris, and first-person fragmentary narratives on the spiritual and the mundane, to lyric tercets, quatrains and sonnets aware of themselves as such and absurd, and also an essay, “Mindfulness–A Mantra and Afterword,” this book touches on influence ranging from Paul Celan and Osip Mandelstam, to Joni Mitchell and Arnold Schoenberg. 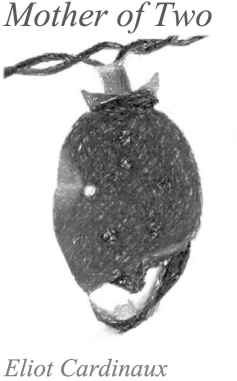 In this collection of lyric poems in varying style, facing life, music and poetry head on, Cardinaux weaves a narrative for posterity influenced by the Russian Acmeists and French (post-)surrealists through silence and exclamation alike, surrounding each line with the ellipses of an unsettled age. 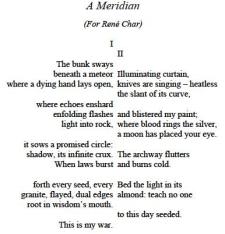 In this collection of personal, verse dedications, Eliot Cardinaux’s writing is by turns abstract and detailed, concrete in its discretion. Many of these poems are meant to wind up, leaving a blow felt long after the poet is done speaking, while retaining a sense of depth within the realm of silence. 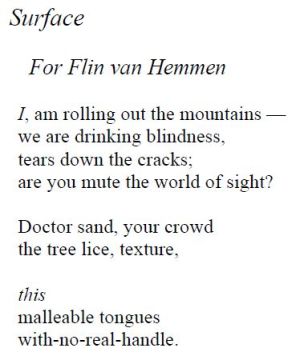 Cardinaux’s collection Nativity is a 4 part sequence exploring the symbols, images, and phenomena of the present age. It includes an exhibition of highly triggered, symbolic imagist poems, entitled “Guests;” an essay outlining the author’s “Theses on the Philosophy of Rarity” in the digital age; a short selection of personal dedications in verse, titled “Sentiments;” and a long-form, fragmentary poetics, also in verse, entitled “is the soft boy ready.”

‘I’m thinking of an inverse poetry, which turns experience outward like a flower, raises up without empathy, and echoes the reader, without ensnaring; its collection would be, like their trace upon a winter city, a ghost town for friends.’

-Eliot Cardinaux, from the introduction to Nativity 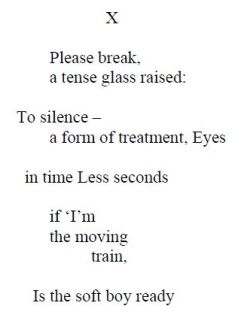 A trilogy comprised of three collections – Still Life, A Future Companion, and Our Hearts as Thieves – the Afterfacts deal with the role of the artist as it relates to the rising trend of nationalist sentiment in the U.S. and abroad. In it the author draws from his previous work in the field of concrete poetry to chip away at the political mask which daunts the future. 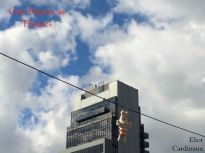 From Our Hearts as Thieves 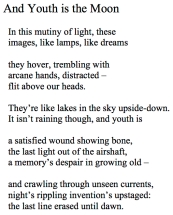 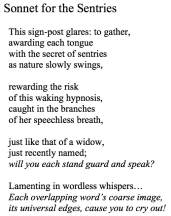 From A Future Companion 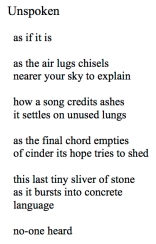 Cardinaux’s 21 Leaves are a poetic treatise on the dangers of escapism, technology, and avoidance on the subject of human nature. Based in part on the writings of Paul Celan, and ranging from dystopian romantic lyrics, to serialistic, vortical outbursts, and musings on the rapture of the meta hinging on themes of nature and technology, this collection of poetry forms a shapely poetics of the future.

An archival page for this project in which the composition of the poetry originally took place in a “live” online setting, is available to view on Facebook at the following link:

For those of you who witnessed the group at its inception, people will now no longer be able to contribute (i.e. post), only view it as a sort of digital museum.

The Gown of Entry is a collection of allegorical prose poems in which Cardinaux’s obscure and myriad personae depict their existence trapped in the higher realms of poetic consciousness, while life is debased in their reality by turns by confusion, spite, and dread. The poems range in character from figurative to impressionistic, and in content from their detailed description of the phenomena of the mind, to allegorical pathways through the collapsing, cubic architecture of dual consciousness intertwined with the divine absurd. The collection is relayed through a majestic, comedic narrative relating to the author’s plight to reconcile as a whole radically opposite sides of his conundrum. 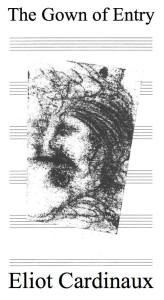 time’schange (Studies in Mist: Abstracts from the Midnight Era) (2015)

In this, his fifth collection, Cardinaux reveals his fascination with the cusps between differing realities, sensations, and ideas in poetry. Subtitled Studies in Mist, after the “Misty” Poets of late 20th Century China, or Abstracts from the Midnight Era, this collection of poems deals with those crepuscules suspended between periods in history. The rapid advancement of technology, particularly the iPhone, plays a role in this setting, as the book was dedicated to Foxconn factory workers in Shenzhen, China.

“The Cemented Image” is a term Cardinaux uses to describe his attempt throughout these poems at breaking down the unyielding normalcy by which we continuously and unconsciously attain rote meaning from existence. Through this imagistic, concrete poetry, Cardinaux tries to detonate the center of a hard layer of totalitarian reality, to conceive of forms that are paradoxically formless in nature, such as movement, memory, desire, and like one of his heroes, the “Misty” poet Bei Dao called: Forms of Distance. In time’schange, Cardinaux’s poems attempt to shatter the monotonous sameness that pervades modern life, making tangible those forces that are more reliable to serve the reader.

Cardinaux’s fourth collection Treebones and Riddlepieces is a sound piece derived from his work in the field of improvisation. The adjoining album is available for download at: 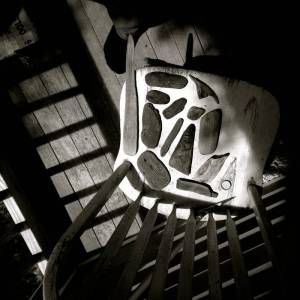 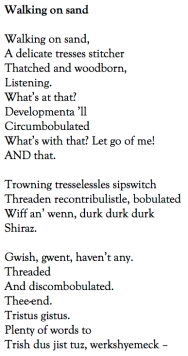 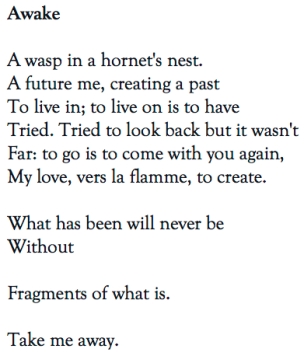 Cardinaux’s third collection of poetry, Guide to Torment (2014), deals in part with the relationship between several American modernist poets of the early 20th Century, including Ezra Pound, H.D., and T.S. Eliot. Using Roman myths, the poet is driven by themes of lunacy, power, and grief, to depict the impending rise of fascism.

From Guide to Torment

Cardinaux’s first two collections of poetry, Leaning Against the Mystery (2012), and The Virgin Clock (2014), deal with the artist’s struggle in search of a voice, lending the two collections an air of awkward sincerity and inward reflection.

From The Virgin Clock 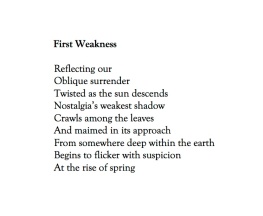 From Leaning Against the Mystery 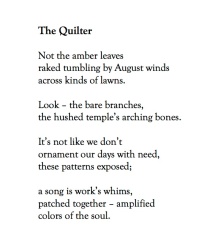 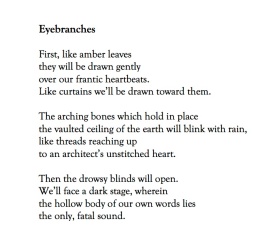